Imagine living with a constant threat to your livelihood that is as uncontrollable as it is inevitable. A constant horizon of danger, fear, and anxiety that jeopardizes the work and heritage of hundreds of generations. Yet, in all this struggle, there seems to be no solution other than to leave your home behind in hopes of finding shelter. This is one of the lucky scenarios.

Climate migration is a real threat to millions of people worldwide. In 2020 alone, over 30 million people were displaced due to environmental factors—most of whom reside in countries at the socioeconomic margins of the West due to lack of infrastructure, help from government, and a reliance on climate sensitive sectors such as agriculture. The UN’s International Office for Migration defines a climate migrants as:

“persons or groups of persons who, predominantly for reasons of sudden or progressive change in the environment that adversely affects their lives or living conditions, are obliged to leave their habitual homes, or choose to do so, either temporarily or permanently, and who move either within their country or abroad”

This definition is a good place to start. It accounts for the forced nature of environmental displacement that strips individuals of their homes and livelihoods. As a result, these people are forced to relocate somewhere that is unfamiliar and non-conducive to their mental wellbeing.

Climate migration is a very nuanced discussion. From the increasing frequency of storms and heatwaves in subcontinental India to rising sea levels in the south Pacific to Louisiana’s sinking coastlines under the Gulf of Mexico, environmental displacement is a global phenomenon. However, its effects are most pernicious to those living in the ‘Global South’. The Internal Displacement Monitoring Centre estimates that 5 countries—China, Philippines, Bangladesh, India, and the United States—account for 60 percent of those 30mil. displacements in 2020. The Chinese government, for instance, implemented a large-scale climate migration program to incentivize citizens living in the countryside to move closer to urban hotspots, offering free housing and work opportunities. India’s increasingly hazardous weather and droughts has also forced millions to leave their homes with almost no governmental structures that support people affected by the conditions.

These two examples showcase the extent of the political and socioeconomic nature of climate migration. At first, it would seem that China’s plan to preemptively relocate people is benign in nature. But, a clear economic agenda lies at the helm of this policy. By depopulating people from remote areas and moving them to centralized, ‘Relocation Compounds’ would firstly reduce governmental infrastructure costs and incentivize traditional, agrarian workers to shift their labor to urban economies. Such solutions to climate migration only reinforce economic imbalances and risk the loss of cultural heritage. Moreover, not everyone is likely to embrace such a program as certain individuals feel more at home in rural, agrarian settlements and only feel alienated once they arrive in the city due to labor exploitation and an unfamiliar cultural atmosphere.

India, on the other hand, has witnessed an alarming spike of extreme weather conditions. Increasingly powerful cyclones and more frequent droughts combined with people’s big reliance on climate sensitive sectors such as farming and fishing has caused the demise of countless livelihoods and households. Despite this, the government offers little help to those affected by these conditions which the International Institute for Environment and Development found to be inadequate in dealing with the various climate disasters present within the country. Moreover, many of these households have a disproportionately low income, meaning they are unable to afford uprooting their traditional lifestyle. A similar issue is present in Bangladesh in which its geographical predisposition to environmental disasters and poverty have caused a multitude of social issues.

It seems that climate migration is not just a physical, environmental issue. Rather, it is at the intersection of political and economic agendas that seek to exploit resources, labor, and identities. In a Tedx talk, climate activist Colette Pichon Battle states—in relation to calling someone a climate refugee—that ‘’these misused terms, that are meant to identify the Other […]are barriers to economic recovery, to social integration, and to the healing required from the climate crisis and climate trauma”. In this way, the forced displacement of people’s livelihoods, cultural practices, and heritage, has been tokenized in such a way that dehumanizes the victims of climate change. An environmentally displaced person becomes a point on a graph, a piece of data, that solidifies the argument against climate change.

In this way, climate activism needs to remain self-critical and so must the solutions that are implemented to dealing with it. Environmental displacement is an effect of the global economic system that finds its basis in exploitation. As should be obvious by now, the laborers in Bangladesh working for Western industries, ranging from textile to steel, do not benefit fairly from their efforts. A large number of corporations outsource their labor to such countries to reduce costs and in doing so, they also effectively outsource the environmental harm caused by such labor. For instance, lead pollution has plagued Bangladeshi rivers and water systems due to heavy steel industry activities. These laborers serve a global system that works to maintain their poverty and marginalization for its own benefit. Displacing people from environmentally dangerous areas is just the first step. Reintegration processes need to be defined non-discriminatory, economically sustainable structures that put these individuals’ needs first. This can be done by respecting local traditions and knowledge, making sure that climate migrants have equal access to economic benefits while also maintaining the integrity of their identities. Perhaps, most importantly, a knowledge of the exploitative processes and patterns that govern the global system will facilitate useful, poignant resistance. 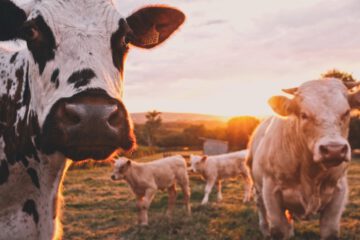 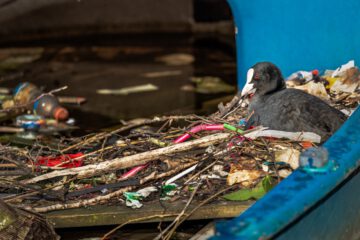 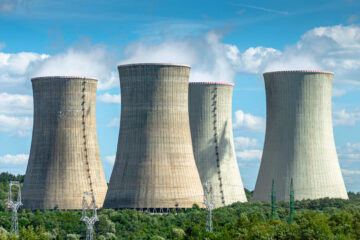 The Controversial Future of Nuclear Energy

The controversial future of nuclear energy – a crash course It’s the answer to the energy crisis to some, or just as bad if not worse than fossil fuels to others. Certainly, nuclear meltdowns like Read more…