Meet & Eat + Pubquiz @ Maslow Cafe
For anyone interested in sustainable food, getting to know SFSA, the board and our committees - or for whoever feels like having a pubquiz.
More Info
Experience the World of Bio-materials: Mango-Leather Bags!
Mangos are often thrown away by grocery stores at the end of a day. While researching bio-materials, Àmber van de Ven found out that they are actually perfect to use as a leather-like material.
Read More
Event Recap: Vintage Sale & Upcycling Workshop
Shirts and joggers were repaired while old pants were transformed into freshly flared pants . Last month, during the Dutch Sustainable Fashion Week, we had our very first event of the year, and we loved it!
Click Here
Previous
Next

As our name suggests, we are a student organization that promotes sustainability in order to inspire change and make the world a greener place. Although we are student-run, we aim to connect inspiring initiatives from any sorts or kinds – as long as its sustainable – through our events, activities or our online channels.

We aim to be a platform that offers students the chance to develop their skills while promoting sustainability, meeting interesting initiatives and like-minded people. By organizing reoccuring events, such as the GreenDocs; documentary viewings and discussions led by an expert, food related events organized by the Feasible Vegan Committee or an event in honour of the Dutch Sustainable Fashion Week as well as write blogposts on topics that interest us.

Are you curious about our upcoming events? Be sure to follow us on Instagram and Facebook Page or become a member to make sure you stay updated on the latest news (only possible for students).

Once upon a time, student council member Gijs van der Poel heard a crazy story: some econometrics student was trying to build an energy neutral study room. Right now, you might think that that’s not a very big deal, but we’re talking 2008 ladies and gentlemen: solar panels had just been invented!

Gijs’ interest was sparked, and he reached out to the crazy econometrics student Ewoud de Kok. Together, they build a computer hall with a couple of hundred computers and took all precautions to reduce the energy-use as much as possible. The computers would be turned on at the beginning of the morning and off at night. This resulted in such an energy consumption that the heat produced by the computers required external cooling of the study room 365 days a year. Sleep mode was implemented for when a computer wasn’t used, and lighting was replaced by energy efficient lighting. The reduction was enormous and the savings on energy costs could be used to put solar panels on top of the room: the CO2 neutral study room was born.

Since this were the early years of sustainability and everything in this sector was different, the committee received a lot of money and support to experiment with the craziest (and coolest!) ideas. Greendocs was introduced, where politicians and leaders of industry where questioned regarding their impact, facility services started taking sustainability into their activities, conferences where organised, the housing plans where grilled and made more sustainable, and the lessons learned from the study room where implemented at other universities across the country. The committee teamed up with the HvA to become even more effective in challenging the status quo.

After four years, in 2012, the fourth board made an appointment with a notary to turn the committee into an official students association, and Students For Sustainability Amsterdam was born.

Since then, a lot has changed. Most internal affairs concerning sustainability within the UvA are now handled by the Green Office, while SFSA is focussing more on educating students by organising events.

By supporting us with €10, you will get free access to the GreenDocs and borrels, free access or discount on other events as well as priority when we have limited capacity for the rest of the year. Click here to read more and become a member!

As we are a student-run organization, our committees are always open for new helping hands. No matter what aspect of sustainability interests you most, there is always space somewhere to organize, research or create something. Click here to read more about our committees and what would fit you best. 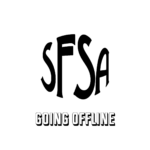 “The greatest threat to our planet is the belief that someone else will save it.”