The Carbon Footprint of Your Digital Life

The pandemic has changed the way we live, work, study and socialize. With working from home becoming a norm, using services like Zoom and Teams to meet classmates or colleagues, and killing your free time by streaming videos – an obvious question remains; what does this do to our digital carbon footprint?

A common belief is that the digital word is more eco-friendly. Reading something on your phone can’t possibly be worse than reading print papers right? Well, in reality this is all a bit more complicated.

Every time you send a message on Whatsapp, everytime you Google something or even when you like something in Instagram, you’re relying on data centers. Packed with servers, routers and other equipment to make the internet possible, these buildings function as some sort of information factory. Due to a lack of data on the vast majority of global data centers, making an accurate estimate of its total energy usage gets very challenging. In general however, experts believe data centers to use anywhere from 2% to 5% of the worlds electricity, and produce as much carbon dioxide as the aviation industry.

A high-end estimate, drawing on data gathered by the International Energy Agency, showed out that an hour of high-definition video streaming – a Netflix episode or your Monday morning meeting, for example – can create up to a half a kilo of CO2 emissions, which is similar to driving an average car for about a mile (1.6km).  Although this depends on factors such as the electric power sources and graphic quality, meaning the carbon output will often be lower, the point is that even digital life comes with a footprint.

But, apart from greenhouse gases, the web comes with many other hidden environmental costs. Think of devices breaking or becoming outdated, and the amounts of land and water those data centers require to operate.

The Journal Resources, Conservation & Recycling recently published a first-of-its-kind study, looking at both the internet’s land and water footprint and its greenhouse gas emissions. Researchers found that data centers

A first-of-its-kind study by the journal Resources, Conservation & Recycling looked at both the internet’s land and water footprint as well as its greenhouse gas emissions. Results showed that data centers roughly use 2,6 billion liters of water every year, have an estimated land footprint of 3400 sq. kilometers – more than 15 times the size of Amsterdam or 4 times the size of New York – and push out 97 million tons of carbon dioxide a year. According to Renee Obringer, researcher and lead author of the study, our energy systems in general are becoming less and less carbon intensive. The internet’s data transmission, for example, has decreased by half every two years thanks to more energy-efficient hardware. But, especially as more countries embrace renewable forms of energy, it’s important to monitor those other environmental impacts.

Right now, videoconferences have become a necessity. In many cases, there can even be a net environmental gain to it – but the assumption that online service are inherently green is incorrect.

Digital technologies-researcher Jess McLean states that this idea comes from corporations claiming paperless offices to be an environmental benefit. It’s also the case that we don’t see a lot of the infrastructure that supports use of digital technology, she adds, citing satellites in space, cables running underground and servers stored in basements and windowless warehouses all around the world. “They are often not even understood as a part of our digital ecosystem.”

“Thinking critically about whether digital tech is actually environmentally sustainable is not that convenient now.” McLean says. Digital companies can market themselves as “green alternatives” without reporting how much data, electricity, water or land their products use. Such information would make it easier for scientists like Dr. Obringer to track the internet’s environmental footprint, and for consumers to educate themselves about their technological choices.

However, there are several ways users can minimize their environmental footprint, possibly even saving time and money. This includes limiting social media and gaming time, deleting unnecessary emails, photos and other files stored on the cloud, and downgrading streaming subscriptions.

“Reducing video quality can have a really big impact” dr. Obringer states. “Our study showed that dropping from 4k Netflix plan to standard definition, your personal footprint would be reduced by about 86%.” But, to put this into perspective: if you had the time to watch four hours of HD Netflix a day, that would have about the same climate impact as eating a single beef burger a week.

This is not only the case for Netflix however. Researchers estimate the carbon footprint of a work meeting to drop with 96% by turning off the cameras. Someone who has daily meetings, would save 532 liters of water – roughly 3 baththubs – a month by using the voice-only option. However, someone who spends 15 hours a week on HD video conference calls, still is 40 times more efficient than someone who drives to work 20 km. a day (the average in the Netherlands).

Pandemic or not, the digital lifestyle is here to stay, and we are NOT destroying the planet with our exponentially increasing data consumption. However, this is not to say that there are no concerns around our digital carbon footprints. Let’s make it our goal to be increasingly reliant on renewable energy sources, while seeking to minimize the web’s other environmental impacts. 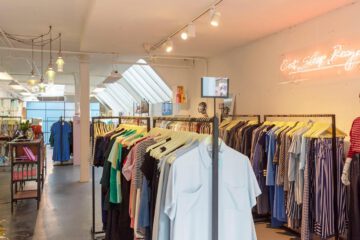 LENA The Fashion Library: Shop In a Sustainable Fashion 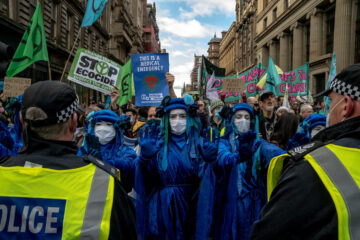 A few days ago, the United Nation’s 26th Climate Change Conference (COP26) – marketed as “the world’s best last chance to solve the climate crisis” – kicked off. As the name suggests, this conference brings Read more… 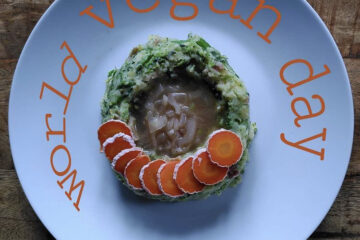 Happy World Vegan Day! And what better way to celebrate than with one of our lovely recipes?! Also, don’t forget to sign up for our Meet&Eat the 10th of November to learn more about sustainable Read more…